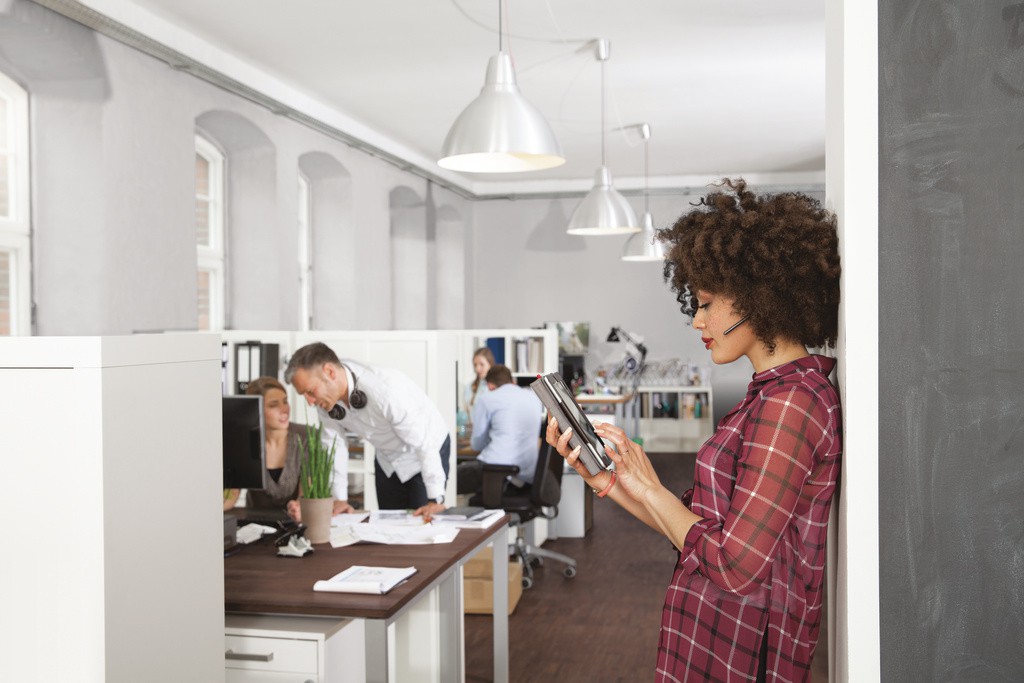 Are you concerned that your small business employees are less productive these days? In the first quarter of this year, the Labor Department reported that productivity – the hourly output per worker – declined at a 1.0 percent annual rate. Fourth-quarter 2015 productivity saw a 1.7 percent rate of decline. Furthermore, productivity has only risen in two of the last six quarters.

Some attribute the decline in American productivity to email, writes Elena Holodny in Business Insider in “Email might be making American workers less productive.”  She cites an online survey of 400 U.S. white-collar adult workers conducted in 2015 that found participants estimated they spend 6.3 hours a day checking emails. Work emails account for 3.2 hours; and personal emails 3.1 hours.

Spending too much time reading emails may be part of the problem; but it’s not the only reason some workers feel less productive. Noise and speech privacy actually are the biggest complaints of office workers. Harvard Business Review reports in  “Noise at the Office: How to Cope” research indicates that office noise disrupts concentration, decreases productivity and increases stress.

Among participants in a 2013 U.S. Workplace Survey conducted by design and architecture firm Gensler, 69 percent indicated that they are dissatisfied with noise levels at their primary workspace.  Gensler found that overall workplace performance dropped 6 percent since 2008 when the firm conducted its previous workplace survey.

Headsets are a boon to workplace productivity

One cost-effective solution to the decline in workplace productivity because of noise is headsets. Some years ago, Plantronics commissioned a study by independent ergonomics-consulting firm E3 Consulting Corporation to determine how headsets can significantly increase productivity. The study involved loan processors of a national mortgage corporation who spent at least 10 percent of their workday using the phone.

Headsets are particularly helpful for employees unable to concentrate in today’s open-space office environments as well as in noisy environments out of the office where many work these days – coffee shops, airport lounges, train stations, hotel lobbies and even parks. Headsets can cancel out background noise to boost concentration. On a call, they assure participants of audio clarity, which makes the communication more productive.

Headsets also play an important in realizing the efficiency and productivity benefits of Unified Communications (UC), the technology platform that integrates desk phones, PCs and mobile devices into one data and voice network so that these devices can talk to each digitally and provides a range of communications tools, such as email, voicemail, chat, video conferencing and more.  By being hands free, users can seamlessly move between the various modes of communication. As an example, while on a webinar, a UC user can launch a chat session with another participant.

Work in the noisiest places with new Plantronics headsets

Plantronics latest headset offerings were designed with mobile professionals in mind. The new Voyager 5200 and Voyager 5200 UC feature WindSmart technology, an exclusive Plantronics innovation, which ensures extraordinary wind and noise reduction to help combat the noise mobile workers encounter while on the go. WindSmart incorporates six layers of technology to combat the entire noise ecosystem. The aerodynamic boom on the Voyager 5200 lets wind slide past without creating turbulence. The boom’s windscreen acts as the first layer of protection for the mics, and then each mic is further sheltered in a ‘wind box’. Four omni-directional mics and a proprietary wind-cancelling algorithm keep the mics focused on the wearer’s voice and remove disruptive noise.

With one touch, the new headsets connect with Siri, Google Now, or Cortana so that users can call phone contacts, send messages, schedule meetings, or even search the web – all via voice. Plus, voice alerts give talk time updates and even announce incoming callers. Users simply say “Answer” or “Ignore” to manage calls without lifting a finger.