On Friday, June 3rd, Poly Tijuana, traditionally known as Plamex, celebrated its 50th anniversary with an epic celebration recognizing the thousands of amazing employees who have contributed to Poly’s success. Attended by several dignitaries from the Baja California and San Diego government and business community and many of Plamex’s former leaders from over the decades, it was a fiesta that will go down in the Poly history books. 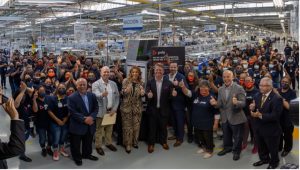 Opening its doors in 1972, Poly Tijuana is one the longest continuously operating maquiladoras in Baja California with a proud tradition of excellence made possible by outstanding leadership and a dedicated team working tirelessly to build the gear that we’re proud to deliver to our customers.

The scale of the factory’s output and impact on the Baja California community is staggering. The numbers speak for themselves:

It is because of the dedication and leadership of our Plamex team that Poly has a long-standing reputation as an exemplary business in the region. Receiving special recognition at the anniversary celebration was Alejandro Bustamante, Poly EVP and long-time leader of Plamex, whose contributions to the facilities’ growth and operations over the years have been essential to its success.

Under Alejandro’s leadership, Plamex has earned a reputation of excellence where resilience, commitment, and focus on community are built into the fabric of the organization. 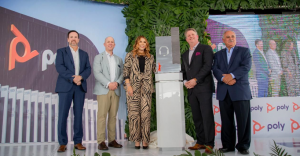 The pandemic accelerated what was already an existing trend toward digital collaboration which made Poly’s products and services more relevant than ever before. Mandatory stay-at-home orders across the globe created a surge in the number of people working from home or remote locations. And with that, demand for our enterprise headsets soared – products that are built at Plamex.

The need for world-class product manufacturing became more critical to our business success than ever and our Poly Tijuana team stepped up to the challenge in a big way. They were not only able to keep the factory open and keep customer orders shipping but managed to scale operations significantly all while keeping our people safe and healthy.

It was amazing to see how the Plamex team stepped up, and it’s only through the resilience of our people that we made it through one of the most challenging times we have ever faced as a society and a business.

The employees and leadership at Poly Tijuana have created an environment where trust, respect, and opportunity thrive. This is why Plamex has earned the title of “Best Place to Work” in Mexico six times.

The continued commitment to excellence is apparent in everything Plamex does. Leaders concentrate on creative ways to improve the work environment by fostering a place where employees continue to grow, personally and professionally.

The Plamex team fosters an awesome sense of community within the business, and for its local citizens. Environmental programs, like reforestation efforts; on-site healthcare for employees and family members, and perhaps the most beloved among our Poly family: weddings, where we have had over 500 couples tie the knot over the past 20 years.

There is also a lot that our Poly Tijuana team does outside the walls of this facility in the greater Baja California business community. One recent example was the cross-border vaccination program initiated with several other business and government entities to ensure that local employees had access at a time when border closures and the scarcity of vaccines in Mexico were making things very difficult.

We have 50 years’ worth of hard work to celebrate at Poly Tijuana and a future that looks incredibly bright as Alejandro passes the reigns to Rodolfo Reyes and Grant Hoffmann. In addition to our award-winning headset and voice products, we’re happy to announce that Plamex will begin to manufacture video products this year, beginning with the recently introduced Poly Studio R30.

We can’t wait to see what the next 50 years bring!